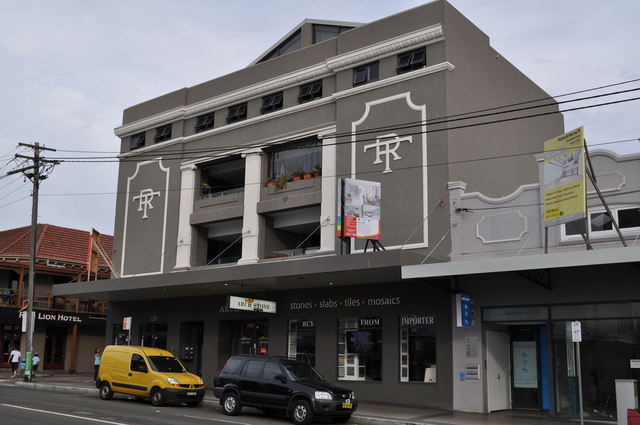 Located in the west Sydney suburb of Rozelle. The first Rozelle Theatre on this site was opened in July 1912. This second Rozelle Theatre was opened by E.L. Betts in c.1927 and was designed by architect Charles Bohringer. It was later leased to Hoyts Theatres until closing in 1960. It was briefly taken over by an independent operator as the Civic Theatre, which closed in 1963.