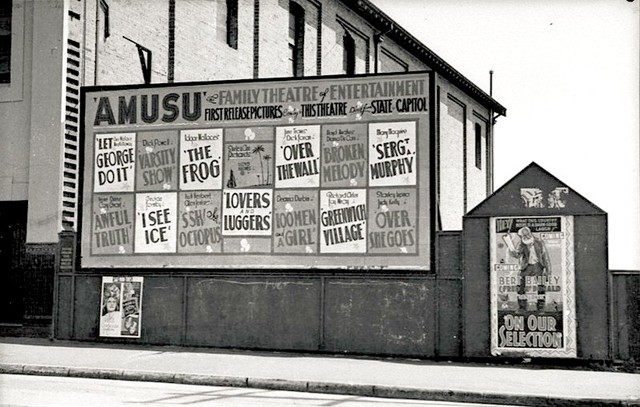 Located in the west Sydney suburb of Balmain. The Amusu Theatre was opened in April 1917. Later taken over by Greater Union Theatres chain, it was closed in 1951.

Due to the large size of the building it was used a warehouse for the National Theatre Supply Co. and a store for the Cinesound Newsreel offices for many years. In recent years it has been converted into apartments.