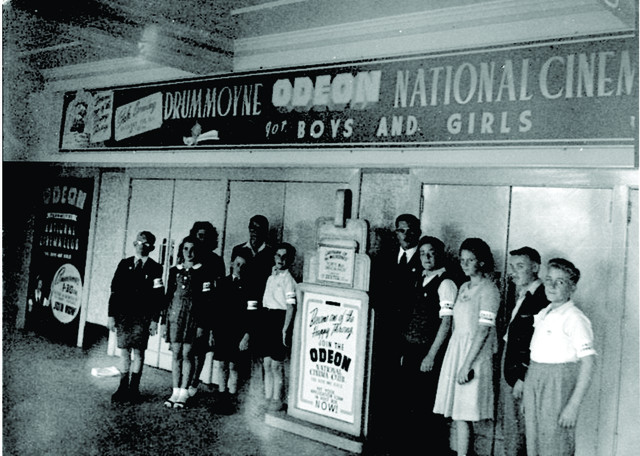 Located in the north-western Sydney suburb of Drummoyne, at the corner of Marlborough Street and Lyons Road (with the entrance on Marlborough Street). The Drummoyne Theatre was opened on 12th December 1921 with Katherine Calvert in "The Heart of Maryland". Seating was provided in stalls and circle levels. There was a fully equipped stage, with stage tower. There was also a garden, which could be used by patrons during intermissions on hot nights.

Later re-named Kismet Theatre, it was taken over by the Greater Union Theatres chain in 1947, and was re-named Odeon.

The Odeon was closed on 6th August 1960 with Dirk Bogarde in "A Tale of Two Cities" and "Floods of Fear". The building had been sold to Total Oil Products (Australia) Ltd., and was demolished to have a service station built on the site.

In around 2009, an apartment block named ‘The Odeon’ was built on the site.

Opened as Kismet Theatre. Name changed to Odeon in 1947.