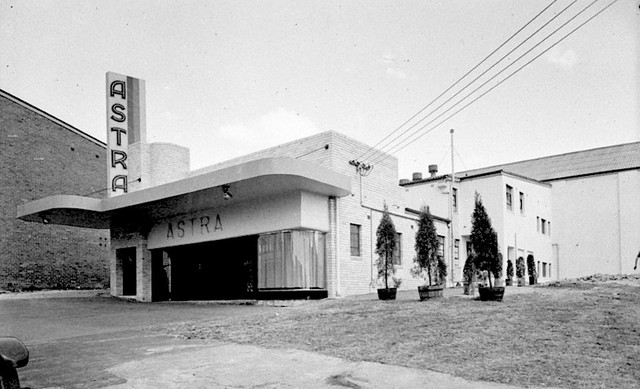 Located in the north-western Sydney suburb of Drummoyne. The Astra Theatre was opened on 8th April 1938, with 950 seats. The auditorium was set back from, and ran parallel to Victoria Road, and seating was provided on a stadium plan, with a raised section at the rear. The Astra Theatre was equipped with a locally built Arthur Lord organ which had an illuminated surround on the console.

Later demolished, a MacDonalds Restaurant has been built on the site.

In the early 1940s the congregation of the Drummoyne Baptist Church began to grow under the pastorate of the Rev Harold G Hercus. Hercus and the deacons decided to move over to the Astra Theatre for the evening services in an endeavour to reach more people. The theatre manager helped with the screening of the words of the hymns and all the musical part of the service was supervised and run by Hercus’s son John, while another son, Victor, played the theatre organ which had an illuminated console surround.