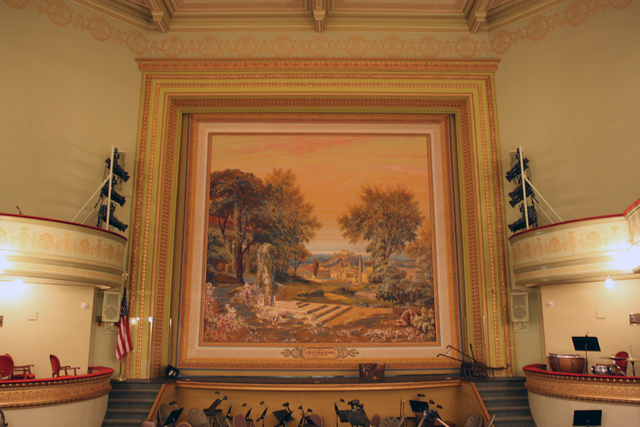 The Ramsdell Theatre was opened on September 4, 1903. Seating was provided for 1,200 in orchestra level, with two balconies and boxes.

Movies were screened during the 1910’s. The theatre was closed in 1930. It was reopened as a movie theatre by Butterfield Theatres chain in 1936. By 1939, the Manistee Civic Players had been formed and used the theatre for rehearsals. Taken over by the city in 1941, it was used as an armory for state troops during World War II.

Restoration to bring the building back into theatrical use began in 1990.