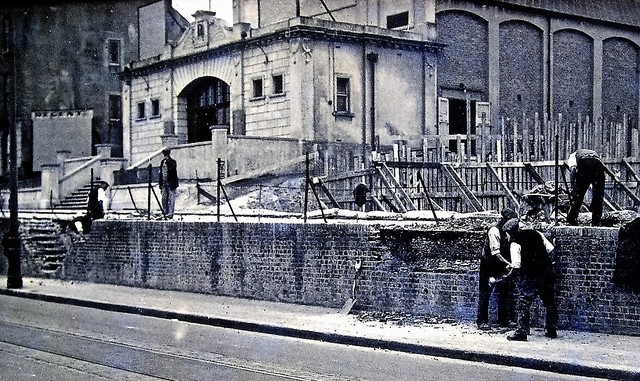 Located to the north of the town centre, in the Buckland district. The Buckland Picture House was opened on 27th December 1920. All seating was on a single level.

It was re-named Regent Picture House in 1923. It was closed on 31st May 1936 with Cecely Courtneidge in “The Imperfect Lady”. It was demolished to make way for a new Regent Cinema, which later became the Odeon (now demolished and a Territorial Army training building now sits on the site).