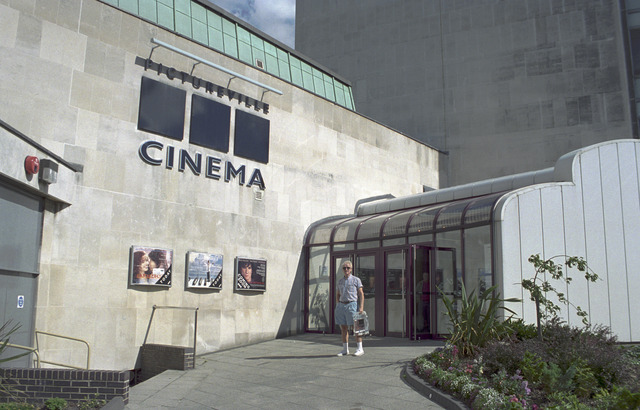 In Bradford, West Yorkshire, the National Museum of Photography, Film and Television opened on 16th June 1983. Reflecting changes to its collections and galleries over the years, it became the National Media Museum in December 2006 and the National Science and Media Museum in March 2017. There are seven floors of galleries with permanent exhibitions focusing on photography, television, animation, video gaming, the Internet and the scientific principles behind light and colour. In particular the Kodak Gallery charts the history of popular photography, from the world’s first photographs to modern digital snapshots. The Museum is part of the National Science Museum Group. It is also home to three cinemas.

The museum stands on a historic site which was previously occupied by two ‘piggy-back’ live theatres, one above the other, unique in the UK. The lower theatre, the Star Music Hall (later Palace Theatre) which opened in 1875, was a two tier theatre seating 1,191. This housed possibly the first demonstration of the Lumiere Brothers Cinematograph outside London in 1896. Above it was the Princes Theatre, opened in 1896. Both theatres were demolished in 1964 (each has its own page on Cinema Treasures).

On the site was built the Wardley Centre which was completed in 1967 and contained a new Princes Theatre. However no-one was interested in running it and it was never fitted out, remaining an empty shell until the Museum opened in June 1983, including an IMAX cinema which used the theatre’s balcony area for the seating, with a screen situated in front of the stage, which (together with the rear stalls area) was subsequently partitioned off to form part of the Museum. This was the first permanent IMAX installation in the UK. The screen measures 45' x 62' and 340 patrons can be acommodated.

Meanwhile, in 1967 the 365-seat Library Theatre had opened on an adjacent site as part of the new Central Library complex. Unfortunately, it was never successful. After much controversary it closed and was offered to the Museum. An £855,000 conversion saw it become the Pictureville cinema, with 306 seats in a single curved rake. This is very comfortable and has state-of-the-art facilities capable of screening films in any format, plus the added attraction of curtains fronting the screen. It is now the only cinema in Europe which can screen Cinerama using the original 3-projector system on a vast 51' wide screen. Regular perfomances of Cinerama films are held throughout the year. 16mm, 35mm and 70mm can also be screened with the screen masked to the correct ratios. In a nice touch, a 35mm Gaumont-Kalee GK21 projector, manufactured by A. Kershaw & Sons, Leeds, donated by the University of Leeds, is on display in the cafe adjacent to the Pictureville cinema.

The main part of the Museum was closed on 31st August 1997 (although the Pictureville cinema remained open) for a £16m refurbishment and extension that increased the size by about 25% and added 3D technology to the IMAX. When the Museum was re-opened on 16th June 1999 by actor Pierce Brosnan, the new complex included the Cubby Broccoli Cinema, named after the legendary producer of the James Bond films. It has 106 seats.

On 30th October 2014 a commercial partnership was announced between the Museum and the Picturehouse Cinemas chain, since when the arthouse circuit has managed the three cinemas. (By way of celebration, director Christopher Nolan’s “Interstellar” was premiered at the IMAX on 7th November 2014). The cinemas were known as Picturehouse at the National Science and Media Museum. The contract with Picturehouse Cinemas ended in September 2019. An independent operator has taken over from 1st November 2019 and it has been renamed Pictureville Cinema once again.

Wow have they been having new prints struck?

Thanks Dave I feel like making a visit now

Dave these films that have gone pink can they be restored to their original brilliant 50’s colors and what is the size of the screen? What would be the cost of restoring a three strip Cinerama film?
I understand a 70mm restoration could cost fromm $200,000 to $300,000.

Vincent: Another good source for information about Pictureville is at In70mm – http://www.in70mm.com/index.htm where you will find more photos of the interior.

RobertR: The figures you quote are about right. As Pictureville is part of the National Museum of Photography, Film and Television which in itself is part of the Science Museum, funds are limited of course. I believe attempts are bing made via various sources here and in Holland, the USA and elsewhere to persuade MGM to release new prints of all the three-strip movies. Anyone correect me if my facts are slightly adrift!

It’s always nice to see movies in 3D… but NOT on a white screen. At the El Capitan Theatre in Hollywood, they correctly drop the big SILVER screen for their 3D presentations; “Nightmare Before Christmas”, etc.

The Pictureville Cinema began life as the “Library Theatre”, built as part of the new Bradford Central Library constructed in the late 1960s.

Interesting that the National Media Museum’s two cinemas were both originally built as live theatres!

Picturehouse no longer operate this cinema, as the museum tendered the contract to a company called INDY Cinema Group in September 2019. As of November 1st of that year, the cinema is once again fully independent, and operating under the name Pictureville.