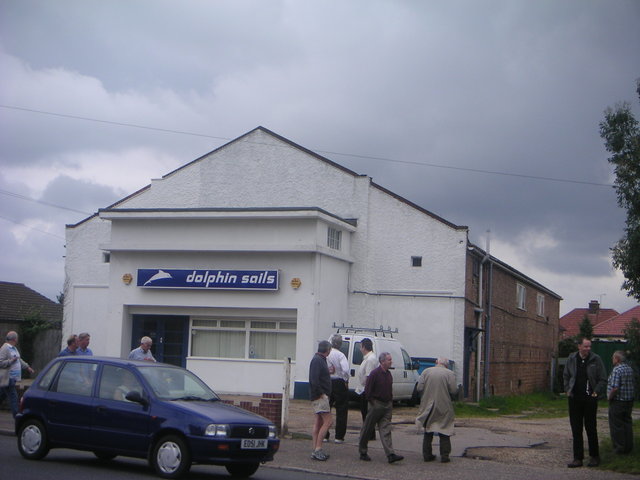 Located in Dovercourt, near Harwich, Essex. The Regent Cinema was opened in the 1920’s. It had a 32 feet wide proscenium. It was taken over by the small Bostock Cinema Circuit in the 1930’s, and they operated it until closure in the early-1960’s. The original frontage of the building has been removed at some time, and an extension has been added.

The building has been in use as a sail-making factory for many years.