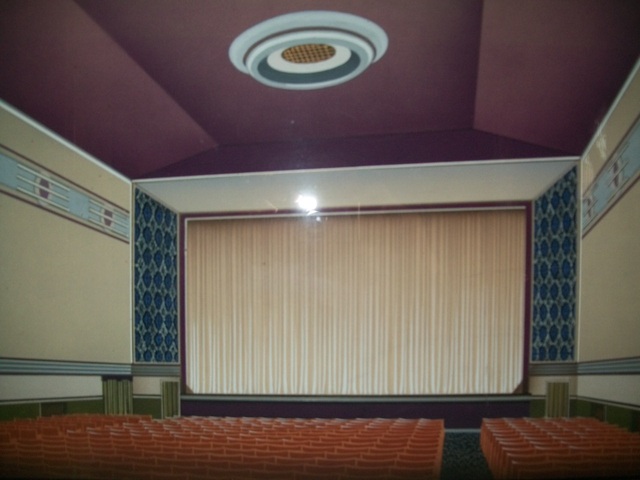 Located in the Alum Rock/Ward End district to the East of Birmingham. Billed as ‘The Super Cinema of the Suburbs’, the 900-seat Capitol Cinema was opened on 4th April 1925 with “Broken Barriers” starring Norma Shearer and “Wine of Youth” starring Eleanor Boardman. It was designed by architectural firm Satchwell & Roberts, with the facade designed by architect Archibald Hurley Robinson who also acted as quantity surveyor. Prop., The Capitol Cinema(Ward End) Limited. In 1927 the company built the Tivoli Cinema at Yardley, in 1934 they built the Olton Cinema, Olton and in the 1950’s they took over the Stockland Green Playhouse Co.

In 1964 it had a major refurbishment with a 48ft picture, with intention of 70mm presentations. This they decided not to change the equipment in the end. In 1979 saw a conversion into 3 screens. We used Modernisiation Ltd., again (headed by John Freeze-Greene grandson of William Freeze-Green father was one of the Fathers of Cinema). Seating capacities in the screens were:- (1) 350 (2) 250 (3)130, and the re-opening films were “Bear Island”, “Love at First Bite” and “Bedknobs and Broomsticks”. The Capitol Cinema was closed in 1996 with “Muppet Treasure Island”. It become a Mosque.

It was an operating mosque within 2 – 3 years of us selling.. There is no misinformation in the above article. I was one of the owners of the Cinema.. We sold the site December 1996. what happened after was no concern of us. We took the money and ran.

Hi came across this by chance. I am making a memory scrapbook for my fathers birthday. I googled the capitol cinema to see if I could find some old pictures of the building and off chance of finding some pictures of my grand parents. My grandmother and grandfather both worked here. Patrick and Mary Fardy. I can remember nan letting me get my own popcorn and grandad showing me how the film projectect on the big screen. The movie was Oliver and company and I can remember watching it a hundred times.

Would be lovely to see them if you don’t mind. If you wanted to send them across that would be fab .uk

I will have a look through the files..

Thank you so much

I remember the Capital very well. I lived in near by Small Heath and would pass by the Capital on the was to Washood Heath school during the mid seventies. Back then they would have the forth coming attraction posted on the board outside the cinema. At the time I was heavily into the kung fu films like Hapkido and Way of the Dragon, Even thou I was under age I was still able to pass for an adult. I always liked the Capital even thou it was smack bang next to a railway line and you could hear the trains and feel the vibration as they passed by. Great times.

I used to pass it on my way to Thornton. I’ve never watched any films there. Still walking past the posters daily were an inspiration. I was in two films at the cinema, although not that one because it was long after it closed.

Just to clarify, I was an extra. Didn’t play any lead roles in the feature films but still with A'list Hollywood like Kirsten Dunst and Megan Fox

who would have thought someone who lived round the corner from the cinema, would actually end up in a film or two?