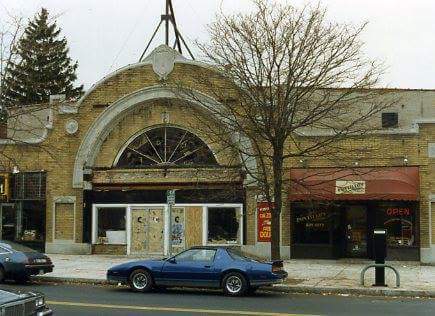 The West End was on Thurston Road near the western terminus of the Parsells trolley line. It showed bills of second-run features and served the residents of Rochester’s 19th Ward, a streetcar suburb that was developed around the turn of the twentieth century.I recall it getting pretty rowdy on weekends in the 50s. One time I remember the projector being shut down and the lights going up and the manager chewing out the audience during a showing of “Moby Dick.” It closed as the West End in the late 50s and reopened some years later as The Coronet. I don’t know if it would have been considered an art house, but I recall going there in high school to see “The Collector,” “Tom Jones,” “The Leather Boys,” and “The Pawnbroker” when they were in current release.

Opened as the Thurston Theatre on December 6. 1925 by Burpee & West Circuit. The theatre was a late adopter of sound converting to sound in 1931 relaunching Sept. 5, 1931 as the West End Theatre. On January 30, 1962, it became the Coronet Theatre.

In its latter years, the Coronet did well beginning in 1978 with “The Rocky Horror Picture Show.” But in the multiplex era, the Coronet struggled and a shift to art cinema stalled with competition from other art cinemas. The Coronet closed on April 11, 1984 after a screening of “Ernesto.”