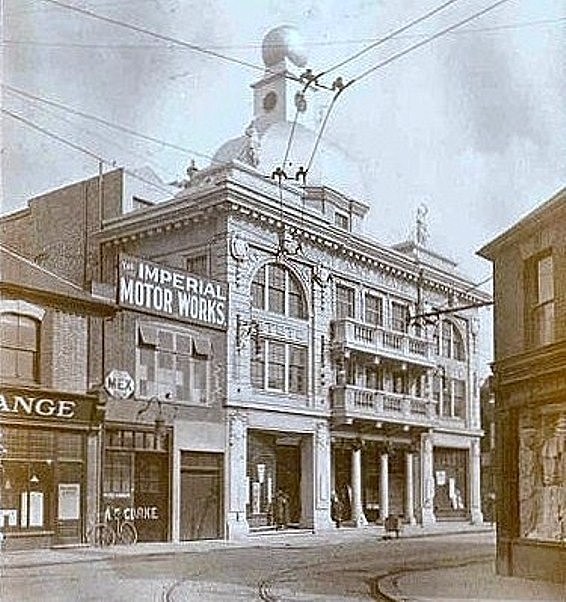 Located on Mill Street, the the rear of the buildings' stage house backing onto the LMS Railway line. The Palace Theatre was opened as a live theatre on 26th December 1912. It was soon screening films as part of the programme. The stage was 17 feet deep and there were five dressing rooms.

In March 1928, it was taken over by the General Theatres Corporation(GTC) and they were taken over by the Gaumont British Theatres chain in May 1928. It was re-named Gaumont on 14th November 1949. The Gaumont was closed by the Rank Organisation on 14th October 1961 with Basil Radford in “Whisky Galore” and Jack Hawkins in “League of Gentlemen”.

It was converted into the Majestic Ballroom, operated by Top Rank. Bands who appeared here include The Beatles, The Hollies and The Dave Clark Five. Later in the 1960’s, it was converted into a Top Rank Bingo Club. The facade was given a more modern look at this time.

The building was destroyed by a fire in the early hours of 28th December 1982. The remains of the building were demolished in July/August 1983. Offices and flats known as Langham House were built on the site.