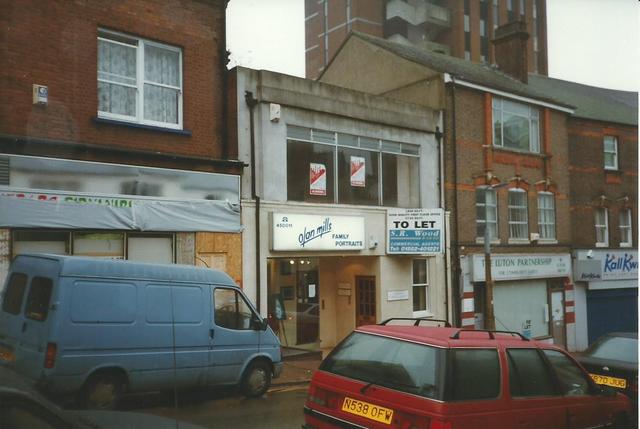 This cinema, the Anglo American Electric Picture Palace in Luton, was the first permanent cinema in the county of Bedfordshire when it opened on 16th October 1909. It was owned by County Electric Pavilions Ltd., but soon sold to Luton Electric Theatres Ltd., when it was renamed Luton Electric Theatre. By 1914 it had been re-named County Electric Pavilion. It was re-named Gordon Street Cinema in 1927 when it was taken over by a Mr. Dicker. Sound films were introduced in early-September 1929, but an arson attack in October 1929 caused a great deal of damage. The wrecked building was sold in April 1930 and, by that August, a furniture shop had opened on the site.

By January 1999, when my photograph was taken, the building on the site was occupied by a portrait photographer’s studio.