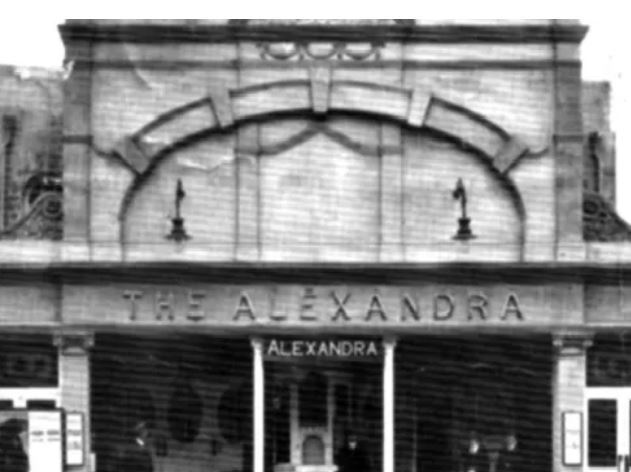 The 400-seat Alexandra Theatre was opened in 1906, presenting live shows on its stage. After the Cinematograph Act came into force in 1910, it began screening films.

It was closed around 1928 and was reconstructed, re-opening in September 1928. Seating was now provided for 650. It was equipped with a Western Electric(WE) sound system