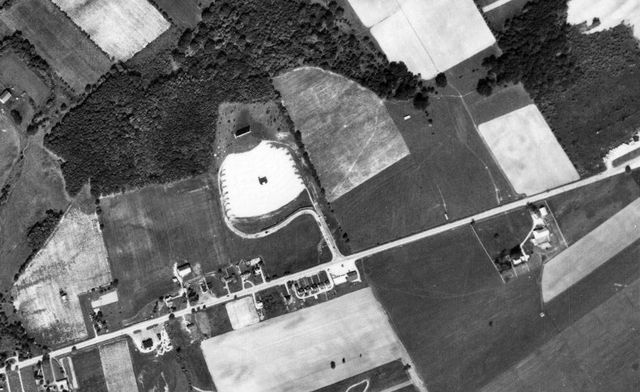 The Cross Keys Drive-In was opened June 16, 1950 with William Holden in “Street of Laredo”. It was operated by DeLuxe Theatre Services. It was closed on September 1, 1986 with Tom Cruise in “Top Gun” & Ted Danson in “A Fine Mess”. Housing has been built on the site.

A picture of and memorabilia from this drive-in can be seen on its gallery page at Drive-ins.com.