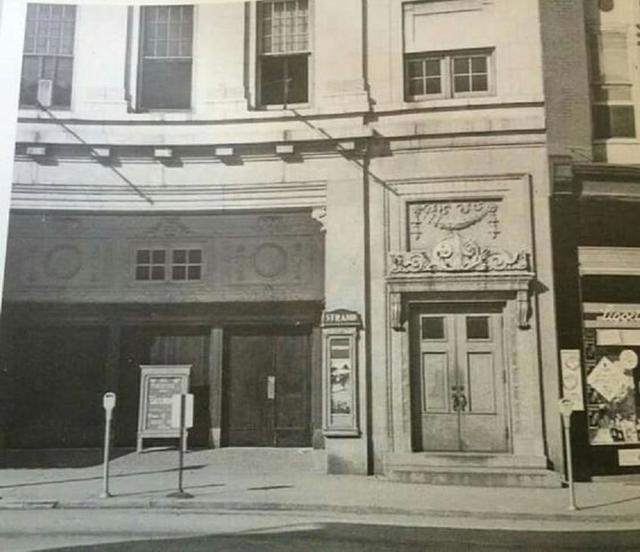 By 2012, the front section of the building was in use as a pet shop.

The Star Theatre discontinued operations moving to the existing Sheppard and Meyers building on September 20, 1917. The 480-seat venue was equipped with a Malcolm Love piano and two Powers No. 6B projectors throwing to a mirrored screen that was 10' by 13'. The theatre would add a Page Organ M-X-40 Unit Orchestral and Player combined in 1927 to improve presentations of silent film.

On July 30, 1929, the Strand began showing sound films using RCA Photophone equipment with the film, “Alibi.” On August 18, 1930, the Warner Bros. circuit took on the venue along with the State. Warner Bros. had to divest its theatre interests and William Goldman took on the State, Strand and Park in 1950. Goldman played westerns almost exclusively.

Goldman closed the Strand on May 16, 1953. Within weeks, it was remodeled for a retail store.