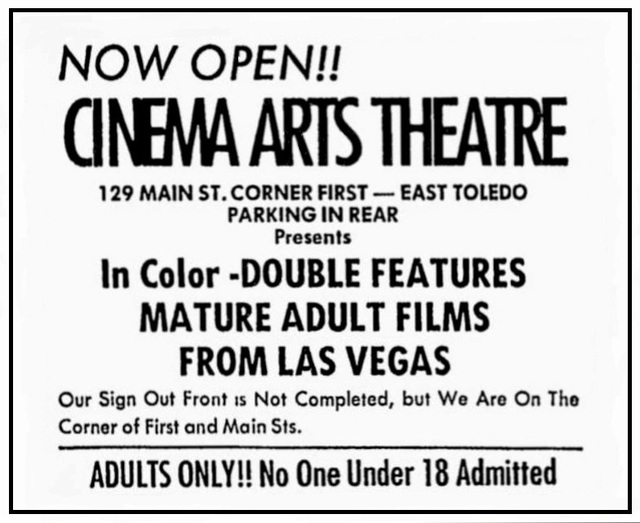 Cinema Arts Theatre opened on March 16, 1971. It was an adult theatre which ran 16mm movies. The owners were Henry and Gene Cartwright, who were from Las Vegas, NV. They owned Las Vegas Cinema Inc., which ran a chain of 19 adult theatres around the country. They also owned the Las Vegas and Modern Cinema’s in Toledo, Ohio. On May 24, 1973 they were indicted by the U.S. Attorney’s Toledo office with the illegal interstate transportation of an obscene film “Sex Prophet” from Las Vegas, NV.

In the 1970’s-1980’s, it was common with the adult theaters and adult book stores in the Toledo area to get raided when it was getting close to election time. Cinema Arts was closed on June 26, 1975 for good, when the building that contained the theatre along with two other storefront businesses caught on fire and was destroyed.