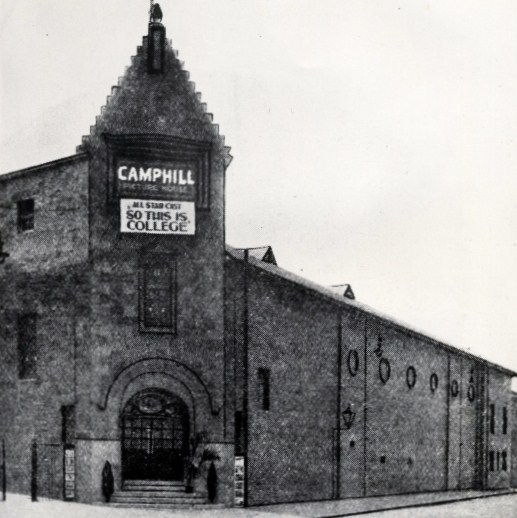 Located in the south Glasgow district of Shawlands. The Camphill Picture House was opened in 1911 with 820 seats. In August 1929, it was taken over by John Maxwell’s Scottish Cinema and Variety Theatres chain (the founding company of Associated British Cinemas(ABC) chain). The cinema was enlarged to 1,200 seats.

The Camphill Picture House was closed on 22nd April 1931, when it was almost totally destroyed by a fire.