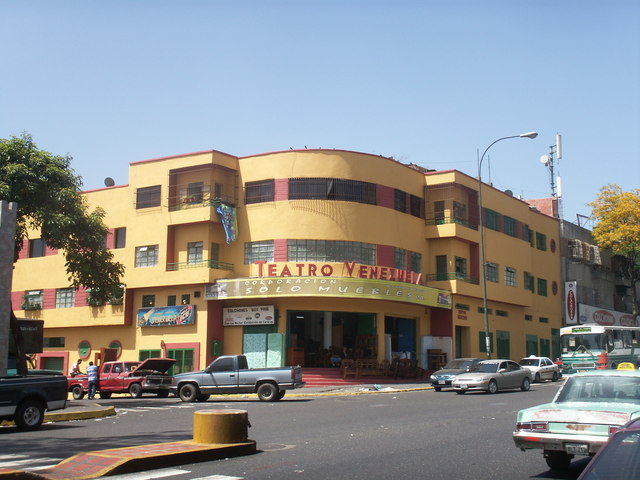 Located in the Los Frailes district to the west of the city centre, on the main road Avenida Sucre at the corner of 2 Industrial. The Teatro Venezuela was opened in 1949. It was fronted by apartments.

The Teatro Venezuela was closed in 1977. It was converted into a storage facility. By 1992, it was a furniture store. Although externally it looks very smart and well cared for, the interior decorations have been removed.