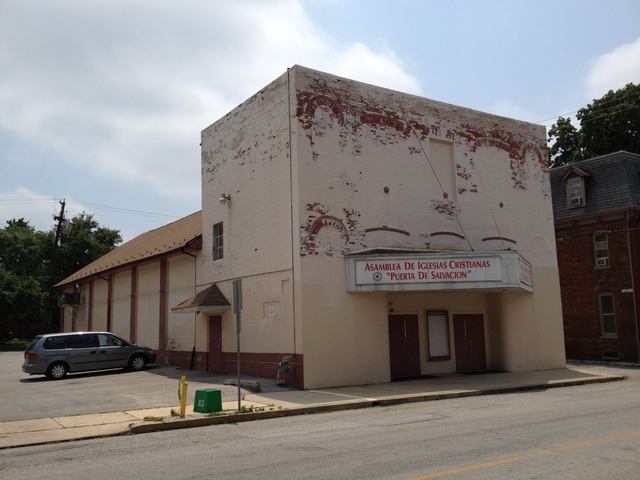 Built in 1885 as Knights of Saint Paul Hall. The Southern Theatre was opened November 18, 1938 with Dick Powell in “Cowboy from Brooklyn”. It was closed as a regular movie theatre in 1970. It then went over to adult movies from 1971 and operated until 1986.

This theatre operated until at least 1966. I was a student at York College until May 1966 and the theatre was still in operation at that time. The last time I was in York the theatre was still standing and being used as a church. One of the movies I saw here was the Don Knotts film, “The Ghost and Mr. Chicken.” I still have a soft spot in my heart for that movie. I cannot remember any other movies I saw there, but since it was so handy to the campus, it was regularly visited as it was a first run theatre at the time.

Thanks for the info Dennis. I uploaded a picture of what it looks like now. According to my Dad this place became an X-Rated theatre before its ultimate demise, I guess that is the norm though. I have not been able to find any pictures of this place in operation. 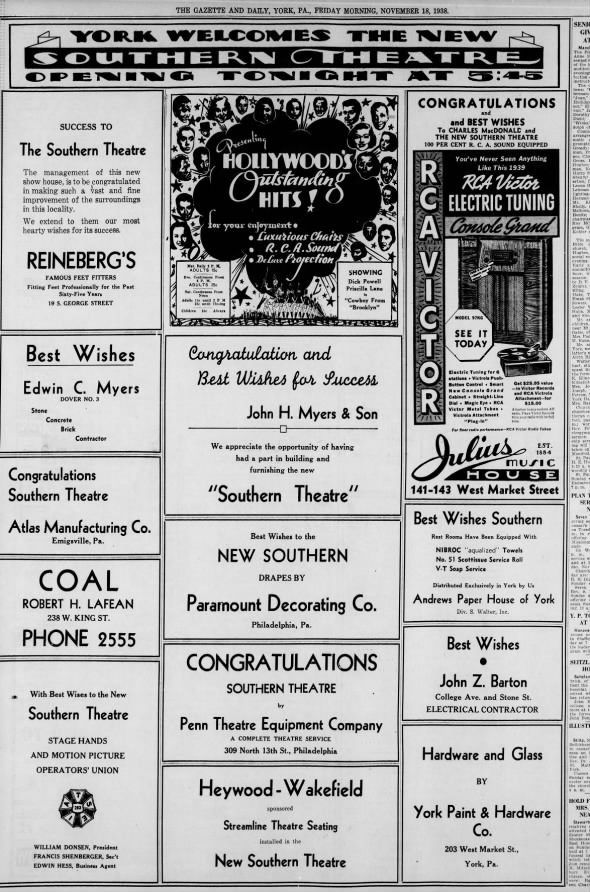 This theatre switched over to adult programming in 1971 and closed in 1986.