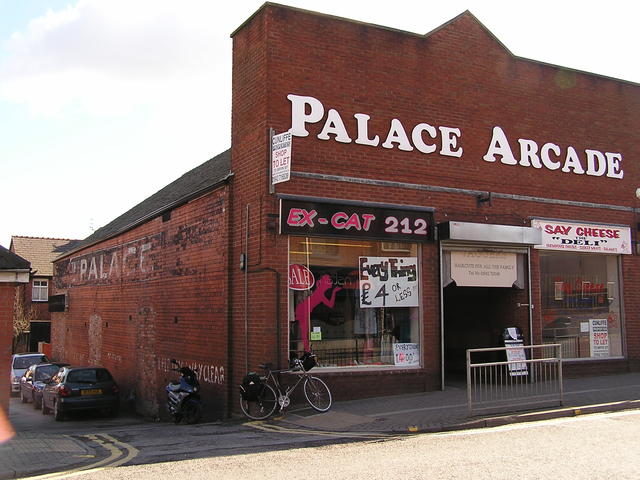 Located in the Lancashire town of Ashton-in-Makerfield, near Wigan. The Royal Picture Palace was opened in May 1910. All seating was on a single level.

It was taken over by the Associated British Cinemas(ABC) chain on 27th February 1936 and re-named Palace Cinema. It was at this time than a new plain facade was added to the building. They closed the Palace Cinema on 2nd April 1966.

There is a c. 1930 picture of the theatre here which will enlarge if clicked upon.