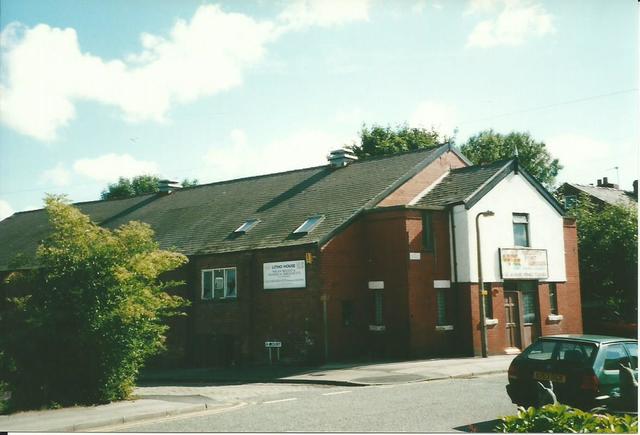 In Ashton-in-Makerfield, about six miles south of Wigan, the Hippodrome Theatre opened in 1910 as a live theatre, as a replacement for an older theatre. It was situated at the junction of Heath Road and a small lane called A Court.

Films formed part of the entertainment right from the beginning. On 14th July 1919, the theatre achieved something of a scoop, when “Nelson: The Story of England’s Immortal Sea Hero” starring Donald Calthrop and Malvina Longfellow, was shown there for the first time in the Wigan area.

During the 1930’s the name was changed to Scala Cinema, and a Western Electric(WE) sound system was installed.

The Scala Cinema closed in the early-1960’s. The building was used as a print works, in which use I found it in August 2001.

It has since been demolished and replaced by Crompton Court, an apartment block.