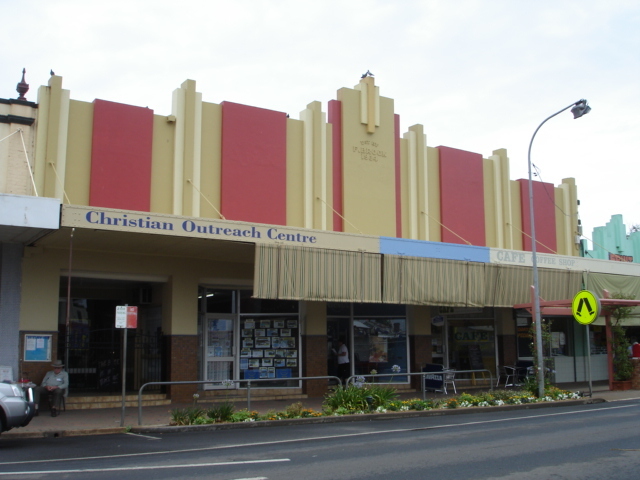 Located in the central N.S.W. town of Gilgandra, north of Dubbo. The Western Monarch Theatre was opened on 13th December 1934. It was designed in an Art Deco style, and had seating provided in orchestra and circle levels. There was was 750-seat Open Air Theatre at the rear of the indoor theatre. The projection booth was constructed at the rear of the cinema, which allowed the projectors to be swung around to project onto the Open Air Theatre screen. The screen inside the Western Monarch Theatre was at the front of the building, behind its facade.

Always independently operated, the Western Monarch Theatre was closed in 1983/84. The building is now in use as a Christian Outreach Centre.

This webpage has a picture of the former Monarch Theatre.