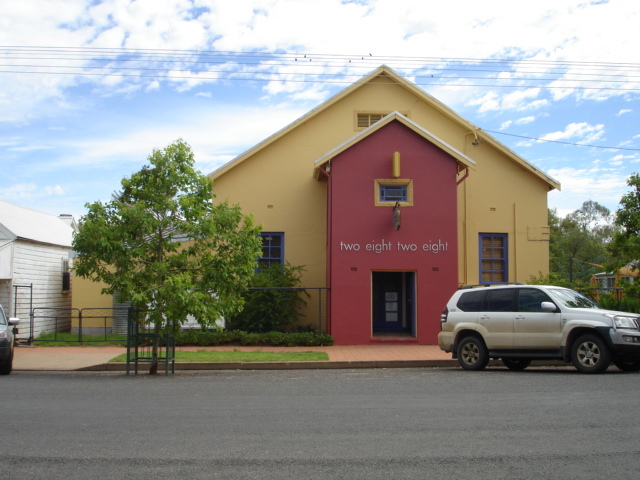 Located in the central N.S.W. small town of Gulargambone, to the north of Dubbo. The Majestic Theatre was originally a wood structure which was built in 1914, and was destroyed by a fire. The new hall was built of concrete and opened in 1920. It served as a public hall and was popular for use as a dance hall. It was also the town’s cinema, operating as the Majestic Theatre, although there was also an Open Air Theatre operating well into the 1950’s.

The Majestic Theatre was a segregated theatre, with separate seating areas for European’s and Aboriginal people.

The Majestic Theatre was closed as a cinema in 1968. It then lay derelict and unused for many years. It has now been renovated and serves as a community centre and tourist information centre.