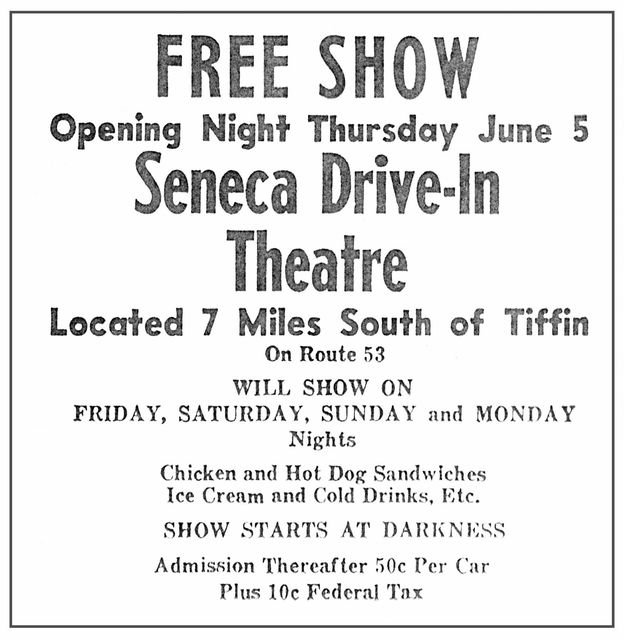 The Seneca Drive-In opened on June 4, 1947. It was a Mom and Pop drive-in theatre built by Marion and Eunice Brandt. They built it on 3 ½ acres of farm land located beside their house. The drive-in had bull horn type speakers mounted on the screen tower instead of in-a-car speakers and it parked between 50-75 cars (WAG). It showed first and second run movies and old serials.

The Seneca Drive-In was open between the years 1947-1950. It did not operate on a set weekly schedule.

Updated with some new ads and pictures.