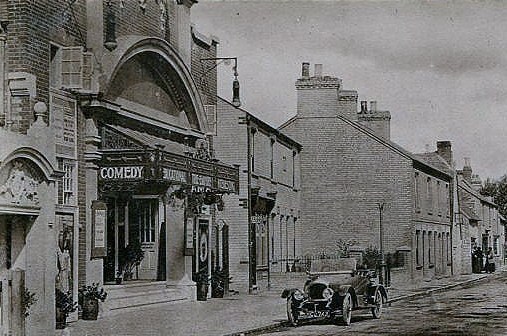 Located in Biggleswade, Bedfordshire. The Empire Cinema was opened by Charles Thurston on February 14, 1913. It was built on the site of a brewery. The cinema had an arched facade. Inside the auditorium there was a 14 feet deep stage, and three dressing rooms. By 1922, Pantomimes were being staged at Christmas-time. In 1937 it was taken over by the Cox Cinema Co. Ltd.

The Empire Cinema was closed in 1958, and sold for ‘other uses’.