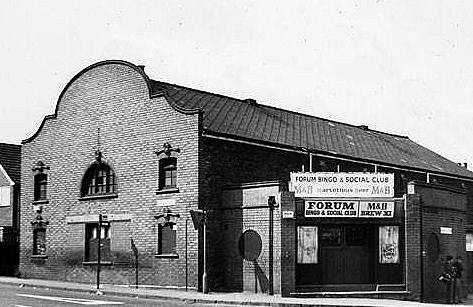 Located in the Bradley district of Bilston, to the southeast of Wolverhampton. The Queen’s Picture House was opened on 17th October 1921 with Madge Titheradge in “His Story” and Charlie Chaplin in “Shoulder Arms”.

It was taken over by Woods Picture Houses in the late-1920’s, and they installed a British Thomson Houston(BTH) sound system. In 1936, it was taken over by a new operator and a new foyer was added, and it was re-named Forum Cinema.