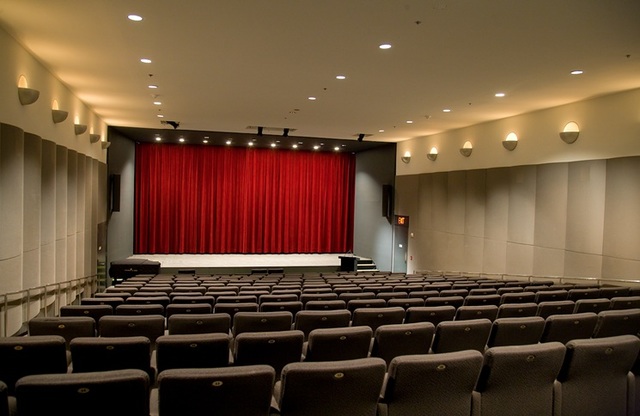 The theaters of the Museum of Modern Art are an outgrowth of museum’s Film Library, which was established in 1935 as the first film archive and museum in North America.

In 1939, the Museum of Modern Art moved into its first permanent home, designed in the International Style by Philip L. Goodwin and Edward Durell Stone, where the museum’s Department of Film had its first auditorium. The 480 seat theater was an immediate success, drawing 500 patrons a day, representing almost a third of all museum admissions. Early programming included comprehensive retrospectives of D.W. Griffith (1940) and Douglas Fairbanks (1941). The museum claims the Griffith program as the first major retrospective of a film artist. The theater, which currently seats 400, was renovated in 1976 with the proceeds of a gift from Roy and Niuta Titus, and is now known as the Roy and Niuta Titus Theater 1.

In 1984, the Museum opened its west wing, designed by Cesar Pelli & Associates. The wing includes the 200 seat Roy and Niuta Titus Theater 2.

How big is the Titus 1’s screen, in feet?