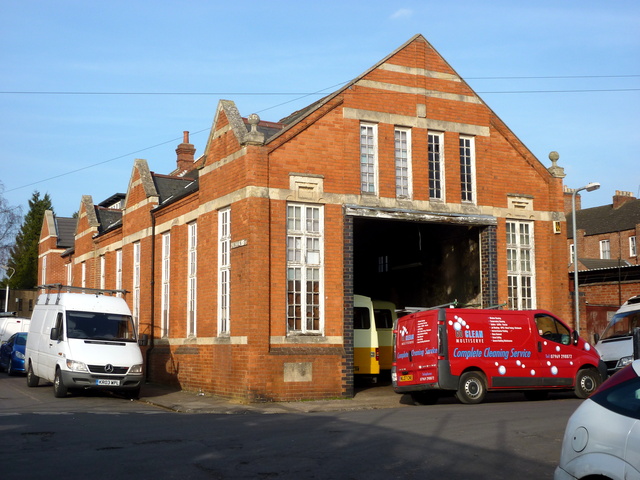 The former Liberty Hall is located in Kingsthorpe, to the north of the town centre, at the junction of Washington Street and Lincoln Street. Pictures were shown here as early as 1898, but on a temporary basis. The 1910 Kelly’s Guide to Northampton, lists it as Liberty Hall, secretary: Patrick Flynn. Writing in the August 1975 Cinema Theatre Association Bulletin, Marcus Eavis referred to it as the Kingsthorpe Picture Palace ‘definitely in business before December 1912’. Local sources also note it as Kingsthorpe Electric Palace, with an opening date of 21st October 1912.

Around 1919 the venue was known as the Gem Cinema, advertised locally as “Little, but Good!”, with F. Haines as proprietor and W. G. Jolley the resident manager. Prices ranged from 3d to 1s with 2 weekly matinees. In 1928 the proprietor and resident manager was C. Goff but the Gem Cinema must have closed shortly after as there are no references to it operating by 1930.

For many years the former cinema has been used by nearby ice-cream manufacturer E. Gallone Ltd. for servicing their vans, it is often possible to see a number of the familiar yellow and cream vehicles parked either outside or on the ramp inside the premises.