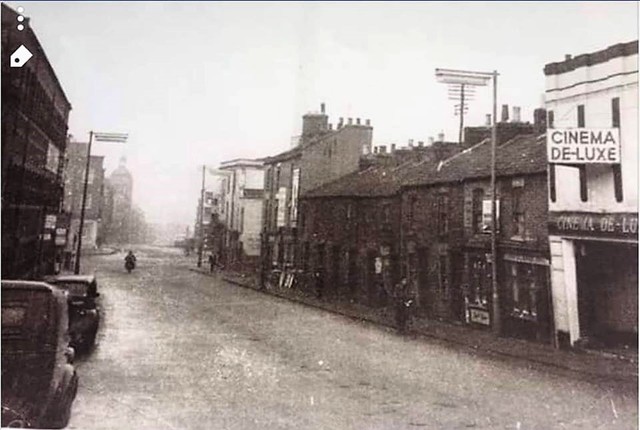 The Cinema de Luxe opened in Campbell Street, close to Church Lane, near the town centre, on Thursday 19th March 1914 (although the local paper has erroneously claimed 1911) with a double bill ‘Dungeon Of Steel’ and ‘The Dictator’. (John Barrymore, re-filmed in 1922 with Wallace Reid; the original is lost). The ceremony was performed by the Mayor and Mayoress, Alderman and Mrs G W Beattie.

Designed by Peter D. Stonham for the Northampton Cinema Co, the hall had 800 seats in a single raked tier. Two motor-driven Gaumont Chronos projected the image onto a 20 foot x 18 foot screen beyond a 12 foot deep stage, provided for the occasional live turn during silent days.

At opening, the Manager was Frank McLintock, Assistant Frank Esmond. Programmes were continuous from 6pm to 11pm with daily matinees at 3pm. Prices ranged from 3d and 4d in the Stalls, to 6d for Sofa Chairs and 1s for Fauteuils. The ‘Chronicle & Echo’ noted the de Luxe as the first Northampton cinema to offer double seats on the back row.

By 1921, control had passed to the National Electric Cinemas Co. with Manager/Director Harold D Pascoe, the eventual owner. In 1922 the resident Manager was H Gray. Cinema de Luxe (Northampton) Ltd. was the proprietor by 1931 when the theatre advertised 1,000 seats with prices from 6d to 1s 3d. By 1947 these had increased to 1s to 2s 3d. Mr Pascoe re-decorated and partly reseated the hall in 1950, but the end came with closure on 1st December 1956 with John Wayne in “Hondo” and Burt Lancaster in “His Majesty O'Keefe”. Mr Pascoe blaming the high rate of Entertainment Tax causing the closure, and it was demolished in 1962. Following massive clearance during the re-development of Northampton town centre in the 1970’s, part of Campbell Street has disappeared and the site is now a car park.