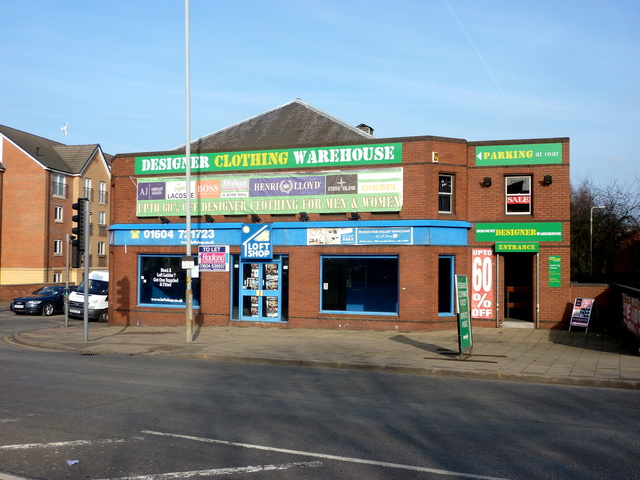 The Coliseum Electric Theatre opened in Kingsthorpe Hollow at the corner of Balfour Road on 2nd August 1920, with seating for 655 and a proscenium width of 28 feet. Managing director was J. G. Covington and general manager Harold Arnold. By 1927 ownership had passed to W. Harris then, later to John Norfolk, with films booked by Mabel, his wife. The 1931 Kinematograph Year Book shows Mrs J. Norfolk as proprietor (the same as the Vaudeville Electric Cinema, Northampton). Seat prices ranged from 3d to 1s.

By 1941, the KYB recorded the proprietor as: Coliseum Cinema (Northampton) Ltd. Gyrotone sound had been installed and prices still began at 3d, but the expensive seats had risen to 1s 3d. Six years later, the company name had been revised to Coliseum (Kingsthorpe) Ltd. and a new price structure of 7d to 2s 3d was noted.

Control passed to Eric Wright in 1948 who re-equipped the theatre with BTH equipment, re-named it New Coliseum Cinema in 1951 and ran it for a further 7 years until closure in November 1958, the final film being “St Louis Blues”.

In August 1959 the building was converted into Robinson’s Builder’s Merchant. Windows were installed either side of the main entrance, and the corner door was blocked in. The attractive stone-cladding was retained, along with the ‘Coliseum’ name above the main entrance. The building remained as an attractive feature in Kingsthorpe Hollow, until ruinous refurbishment saw the frontage entirely rebuilt in the 1990’s. The local newspaper carried a story suggesting the frontage was to be reconstructed for the Abington Park Museum, but this has never happened. The original corner pediment and date cartouche were built into the boundary wall of the adjacent block of flats and are clearly visible. Behind the front, the shape of the auditorium is clear; with an original circular window visible from Balfour Road whilst more recently the horn chamber was removed from the small yard at the rear of the premises. A patch of rendering reveals its original location, supported on a steel framework.

The former Coliseum Cinema operates in retail use today as a Designer Clothing Warehouse and loft ladder shop.

When compiling these notes, I took the date of opening from the July/August 1975 Cinema Theatre Association Bulletin. Other sources also give 1920, which does not really explain the date of 1919 featuring on the surviving portion of the frontage. The company ‘Coliseum Cinema (Northampton) Ltd.’ still exists, noted as: “Coliseum Cinema (Northampton) Limited is an Active business incorporated in England & Wales on 10th July 1936. Their business activity is recorded as Other Letting And Operating Of Own Or Leased Real Estate".