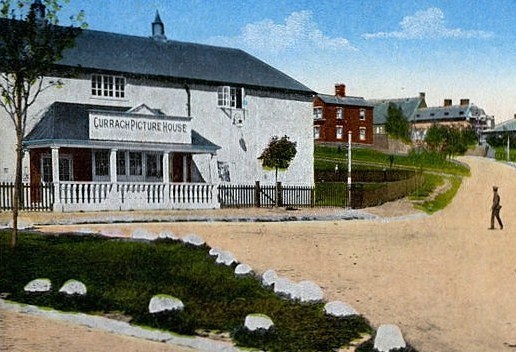 Located in Curragh Camp, County Kildare. The Curragh Picture House was open by the 1920’s. In 1934 it was listed as the Picture House, operated by Mr. Silvester and had been equipped with a British Talking Pictures(BTP) sound system. The proscenium was 30 feet wide.