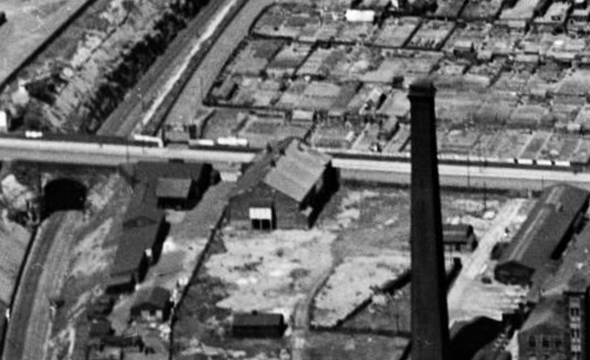 Located in the Listerhills district of Bradford. The Empress Picture House was opened on 22nd October 1914 with “The Right Way”. It was a purpose-built cinema, constructed of stone. In the early 1930’s in was equipped with a Western Electric(WE) sound system.

Independently operated thoughout its life, the Empress Picture House was closed on 15th July 1956 with “Glynis Johns in "Appointment with Venus” and “Mark of the Renegade”.

In 1960, it became a factory, and later a showroom. It has since been demolished.

As the 1934 aerial photo shows, the location on Legrams Lane was rather isolated, with few houses in immediate proximity.

Also in the photo, it looks as though the conversion to sound involved knocking through the wall behind the screen and constructing a speaker/horn chamber on the outside (a technique used also at the Grange cinema).