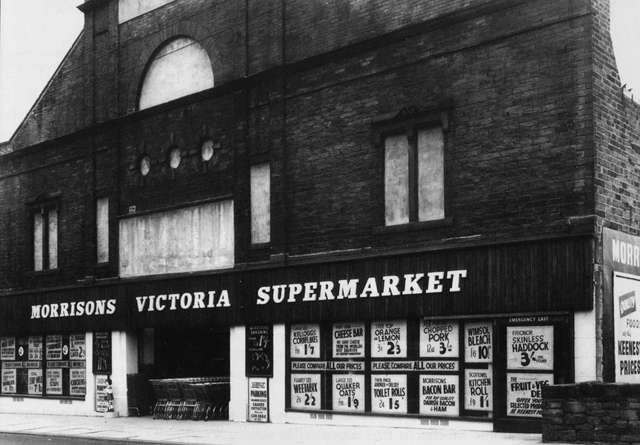 The Victoria Picture Palace designed by William Watson, opened October 19, 1914 with 1,000 seats and it also had a billiard hall attached. Around 1936 onwards, it was known as the Victoria Cinema.

The Victoria Cinema closed December 16, 1961. The last movie shown was "Voyage to the Bottom of the Sea". In 1962 the building was converted into what was the first of many supermarkets in the William Morrisons chain. After the supermarket moved to a purpose built building at another location, the former Victoria Cinema became a furniture discount warehouse, then had various retail use until it was demolished in 1982.

There is additional historical detail about this theatre on this webpage.