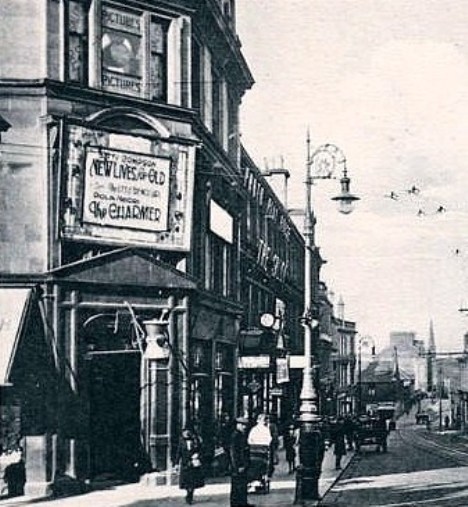 Located in Falkirk, Sterlingshire, on the corner of Vicar Street and Princes Street. It was a conversion of an existing building and was opened in March 1921. It was independently operated throughout its cinematic life. Seating was provided in stalls and circle levels. The proscenium was 24 feet wide. In the early-1930’s it was equipped with a Western Electric(WE) sound system.

The Salon Photo Playhouse was closed in 1960, and went into other uses.