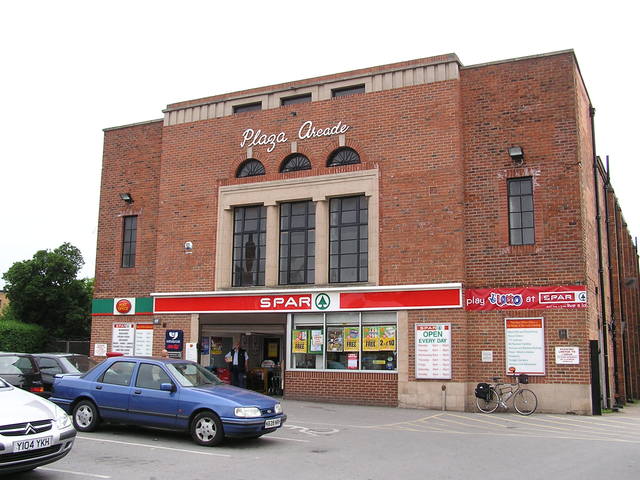 Located in the district of Hessle, to the west of Hull, East Yorkshire. The Plaza Cinema was opened on 18th March 1937. The building is set back slightly from the road, and has a brick facade, with three centrally placed tall central windows, which have stone dressings. It was independently operated and screened pictures, and staged variety on its 14 feet deep stage. The proscenium was 40 feet wide. There were two dressing rooms.

The Plaza Cinema was closed on 16th January 1960. In recent years it had become a Spar supermarket, with a post office. By 2013 it was a Magabargains 4 U store.