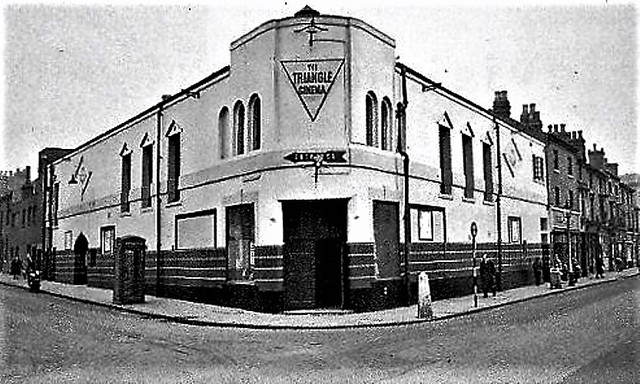 Located in the south Birmingham inner-city district of Highgate. Originally on this corner site was Pringles Picture Palace which opened in 1915.

It was rebuilt in 1923, opening as the Triangle Cinema on 8th October 1923 with Charlie Chaplin in “"The Pilgrim” and John Gilbert in “The Yellow Stain”. The freehold on the building was owned by the Gooch Estate, and later the head lease was owned by Associated British Cinemas(ABC). It was operated by them until it closed as an English language cinema in 1959.

It became the first Asian cinema in Birmingham, and screened Bollywood films, and became the headquarters of the Asian film industry in the city.

It was later demolished.