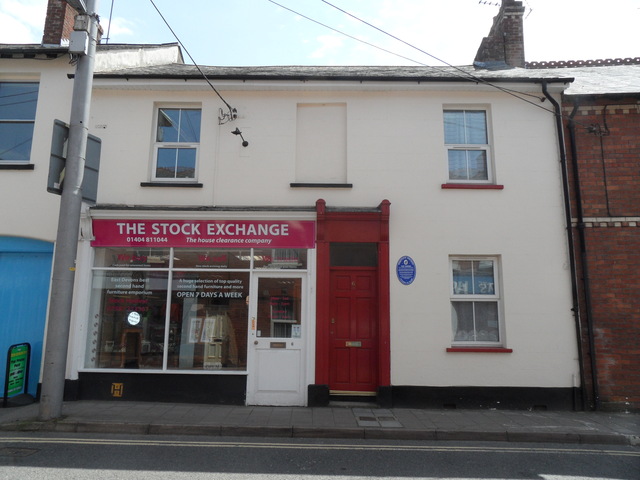 Located in Ottery St. Mary, Devon. From 1910 Charles Lovell ran a bicycle sales and repair business from this building but, in 1919, the shop and living accommodation were purchased by entrepreneur and benefactor Edward Coleberd and extended to the rear to provide the town’s first and only cinema, the Palace Cinema.

Talkies were introduced in 1934. The 1940 Kine Year Book shows the proscenium as 21ft, and also lists a 10ft deep stage. Successive changes in ownership resulted in a succession of names: Devonia Cinema, Scala Cinema and, finally, from 1946, plain ‘Cinema’, which closed in 1959. In July 2013 (when, despite the camera data, my photographs were taken) the building was occupied by The Stock Exchange, a house clearance business. Plasterwork in the rear betrays its previous life as a place of film entertainment.

Ottery St Mary is in Devon