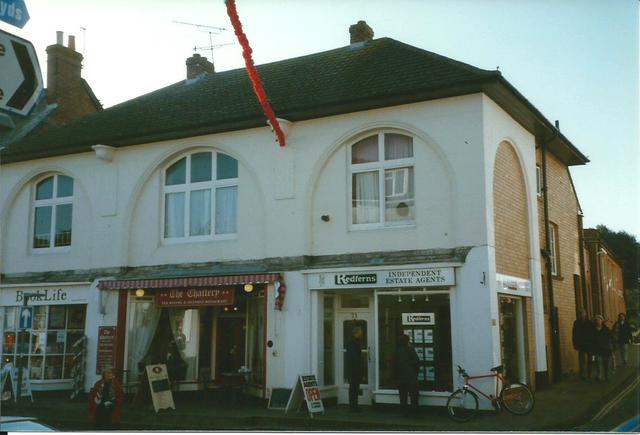 In the small Devon coastal resort of Sidmouth, the Grand Cinema opened on 4th February 1929. It had an imposing façade, with three large windows on the first floor. Steps led up from the street to the entrance doors in the centre of the façade, with a glass canopy running the length of the building.

The glass canopy, and the foyer, were the only survivors of a fire that destroyed the rest of the building in 1956. The canopy has since been removed. In November 2001, when I visited, the foyer/entrance was occupied by a café, The Chattery, which is still there in November 2015.

Opened 4th Feb 1929.The architect was RW Sampson for Arthur Ellis and the Grand Cinema Company.A fire destroyed the auditorium in 1956.The foyer became a restaurant and the land behind redeveloped.