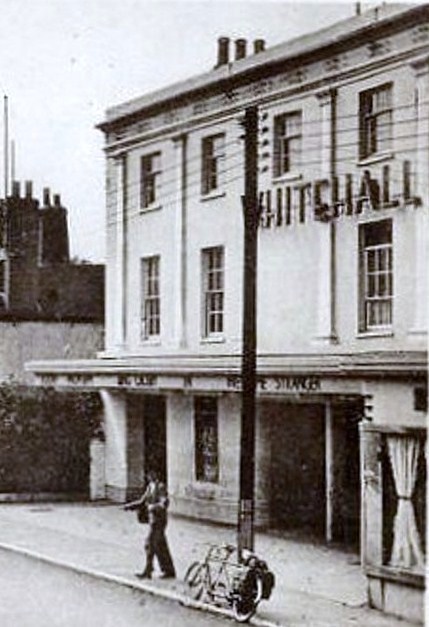 Located in Witham, northeast of Chelmsford, Essex. Originally built as a Postmaster’s house in the early-1800’s. It was later used to billet troops, and as a school. In 1919, space in the house began use as the White Hall Cinema. An auditorium seating 650 was built at the rear of the house in 1927, and it opened as the Whitehall Cinema in December 1928 with Janet Gaynor in “7th Heaven”. The Georgian style house became the front of the cinema. It was equipped with a stage which was used for variety performances. There was also a café.

The Whitehall Cinema was closed for 13 months in 1956-1957, but re-opened and continued to operated in 1968. There was a brief use as a bingo club, followed by wrestling, and then the building closed for good and became derelict.

It was refurbished and restored in 1980, and opened as the Witham Library.