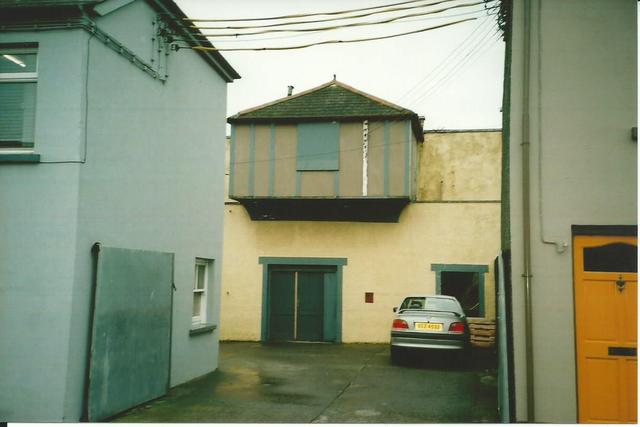 In Portaferry, County Down, the Cinema opened in 1923. Films were shown on six nights a week, including Sunday but excluding Wednesday, when dances, concerts, whist drives and other entertainments took over. The Cinema initially seated about 430 patrons and had a modest balcony, a 14ft wide proscenium, a 13ft deep stage and three dressing rooms. The owner was John Knox Hinds. Miss Maria Hinds, presumably his daughter, accompanied the silent films on the piano. Mr Knox owned a grocery business and confectionery shop at 32 High Street. In 1922, with financial assistance from his brother-in-law, Hugh Gilmore, a vet based in nearby Kircubbin, he engaged Tommy Gilmore to clear away an old house and a garden behind his properties and erect the Cinema. Later on, Mr Hinds bought Mr Gilmore out and became the sole owner. He died in March 1943; his widow Agnes (who, being rather straitlaced, had ensured that nothing ‘objectionable’ was ever screened!) died in 1953.

The family continued to run the Cinema, but it eventually closed at the end of summer 1977. When I visited in September 2008 it was being used for storage by the family business, D Hinds Plumbing and Heating Ltd, but the balcony, proscenium, screen tabs and the box office were all still intact.