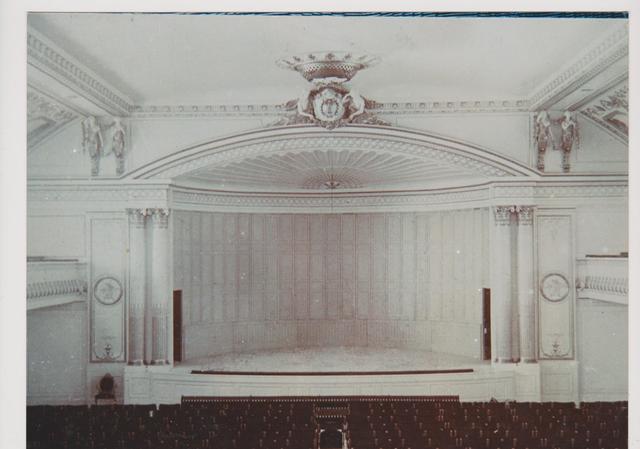 In Ramsgate, Kent, the Royal Victoria Pavilion Theatre, situated by the harbour, was opened on 29th June 1904 by Princess Louis of Argyll. The stadium floored building was used for Bioscope shows by April 1913, and opened as the Pavilion Cinema, with talkies, on 9th September 1929. It was operated by a local company, Balexcro. There was a cafe.

As with many cinemas in the area, it closed during the war years, but re-opened from May 1945 until closure on 16th June 1951. Live shows were reinstated but in 1976 the building was converted into a casino. In August 2010 it was reported that the building, owned by Thanet District Council but leased to the Rank gaming group, had been empty for two years. However, repairs, including work on the roof and general redecoration, had started, and, in November 2013, the building was occupied by Grosvenor Casinos.

It was taken over by the J.D. Wetherspoon pubs chain in 2016 and following a £4million renovation was re-opened as a pub named the Royal Victoria Pavilion on 29th August 2017. The building is Listed Grade II by English Heritage.