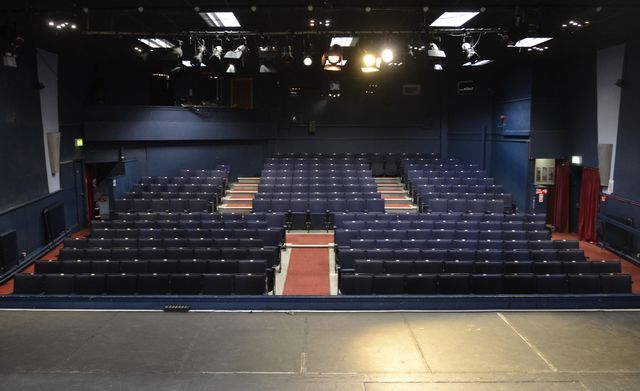 Located in Chorley, Lancashire, now part of north Greater Manchester and south of Preston. The Empire Electric Theatre opened, as the town’s first purpose-built cinema, on 3rd September 1910. It had a 26ft wide proscenium. In 1912 Archie Hooley began his connection with the cinema business at the Empire Electric Theatre. By 1927 it had been re-named Empire Cinema and by 1930 it was equipped with a Western Electric(WE) sound system and was operated by the Perfecto Filmograph Co. Ltd. By 1939 it was operated by the Snape & Ward chain. According to the Kine Year Books, in 1940 the seating was for 800, while by 1952 it had been reduced to 679 (still a far cry from today’s 236 seats!). 3D films were shown in the early-1950’s. Archie had died in 1944; his son Selwyn closed the cinema in 1957, apparently “because of the taxes” [presumably Entertainments Tax, charged on ticket sales].

Wrestling took over for a while before Chorley Amateur Dramatic and Operatic Society (CADOS) acquired the building and renamed it the Chorley Little Theatre. Since 1960 CADOS have been putting on high-quality productions, presenting at least six productions per season (from September to July). It is also the home of the award-winning Chorley Youth Theatre who meet every Saturday, putting on shows throughout the year; and Chorley Empire Community Cinema who present the cinema experience on their 21ft wide screen with 8-Speaker Surround Sound. Run entirely by volunteers the theatre has state-of-the-art sound systems and a full range of lighting equipment. There are two spacious dressing rooms, space for costumes and props and the Empire Bar. The building has disabled access throughout the public area, including a toilet, and the auditorium is fitted with a hearing loop. There are three spaces for wheelchairs in the auditorium. It was re-named Chorley Empire Cinema at Chorley Theatre in October 2019 and films are still part of the programming.