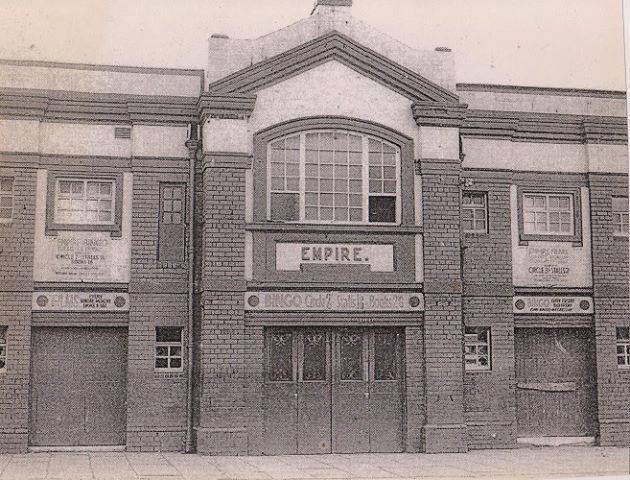 Located in the Thatto Heath district of St. Helens, Merseyside. The Empire Cinematograph Theatre was opened on 19th September 1912. It had a narrow 16 feet wide proscenium. By the early-1930’s it had been equipped with a Western Electric(WE) sound system, and alterations were made to give it a 28 feet wide proscenium opening.

It was equipped with CinemaScope in 1955, but closed in 1961 when it was operating as cine-bingo.

Iwas the projectionist at the Empire from 1959 to its closure in 1961,the last year of its life was Cine Bingo, a film then bingo….

According to The BIOSCOPE it was planned to open in September 1912, but I’d already put it down as opening on 7 November 1912, and closing in 1963! I also had it down as being demolished.

Thanks for the photo – another to be added to my “locals”.

The Bioscope – Thursday 29 August 1912 AN APPOINTMENT. Messrs. McKinnon and Glover have appointed Mr. Frank Etheridge as manager of the Empire Picturedrome, Thatto Heath, St. Helens, it is expected to open on or about the 19 prox. With such a popular gentleman as Mr. Etheridge to guide its fortunes, the theatre should prove a great success.