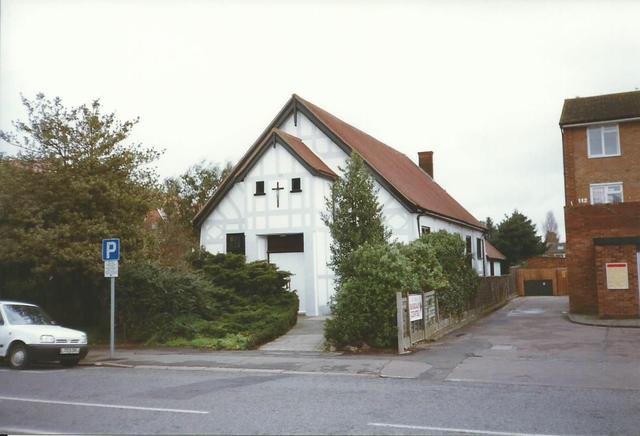 In Frinton-on-Sea, Essex, this had been built as the Queen’s Hall for the Tendring Hundred Waterworks Company, but became the Kinema Hall by 1917. It is thought to have closed as a cinema in the late-1920’s, presumably to avoid being converted to sound. It was used for other purposes. By February 1999, when my photograph was taken, it was occupied by the Catholic church.