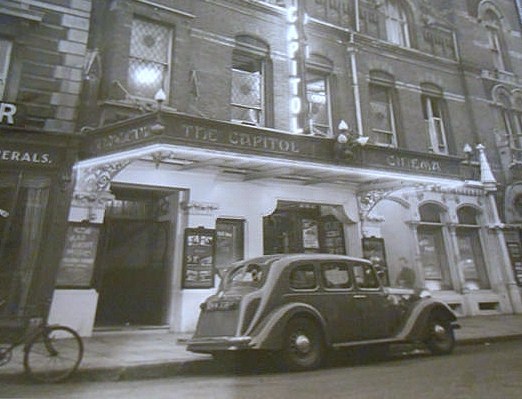 Located in Tonbridge, Kent. Originally the Public Hall Cinema, which was partially destroyed by fire on 28th December 1926. It was taken over by new owners and restored, re-opening as the Capitol Cinema on 12th October 1928. It had a 20 feet wide proscenium. It was the first cinema in Kent to have an organ installed, in this case it was a Christie 2Manual/5Ranks instrument, that was opened by organist Harold Howell. In October 1930 the cinema was equipped with a Western Electric(WE) sound system.