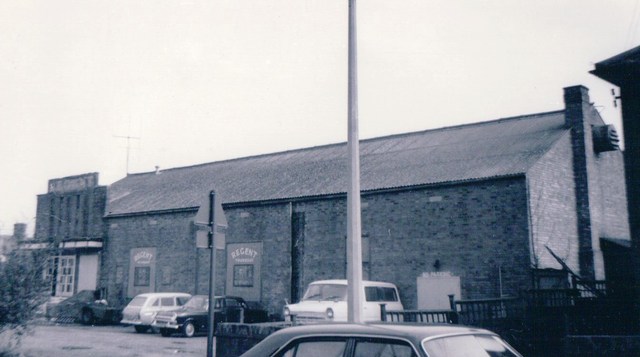 Located in Soham, Cambridgeshire. This was the second cinema in Red Lion Square, close to the Regal Cinema(1914-1950). It was completed for William Lund just in time before the 1939-45 war began. Restrictions prevented a balcony being included. It had a 25 foot wide proscenium. The New Regent Cinema shared Paramount News with the Regal Cinema.

It was sold to London and Provincial Cinemas and was glad to add bingo and wrestling from 1961. In 1968 the New Regent Cinema was damaged by fire and films did not resume. After closure the building became a light engineering works.