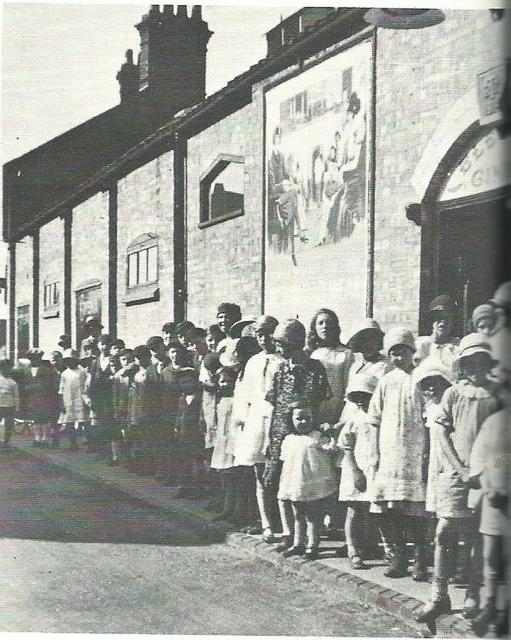 In Soham, Cambridgeshire, a coach builder, Robert Taylor, was ousted from his trade by the advent of the motor car. With the help of his three sons he converted his workshop into a pretty basic cinema, with rough wooden walls, a corrugated iron roof and an earth floor with benches. In time, rails were added to the benches as back rests, and some better seats were installed at the rear, on a slightly raised platform. Heating was provided by a small coke stove and lighting was by dim gas jets.

The projector was hand-cranked. When the films broke down the young pianist gamely played on, acting as a calming influence! On such occasions, Robert Taylor, smartly dressed in dark overcoat, white scarf and bowler hat, would walk amongst the rowdy audience, saying “All right, my boys, everything will be all right in a minute”.

Such setbacks were always overcome, and such was the success of this modest wooden cinema that Mr Taylor and his sons, with the help of local builders Johnson and Sons, replaced it with the Electric Cinema House, a much more comfortable cinema (albeit still a very modest building!), in brick, which opened in 1914.

Around 1941 it was re-named Regal Cinema. It had a British Thomson Houston(BTH) sound system. The last owners were Mayfair Cinemas (Control) Ltd. operated by Arthur Cohen. The closed the Regal Cinema in 1950.

The building was eventually used for intensive poultry rearing, but was derelict when I visited in May 2000. It has since been demolished. The site is now the entrance to a car park for a new Asda store.