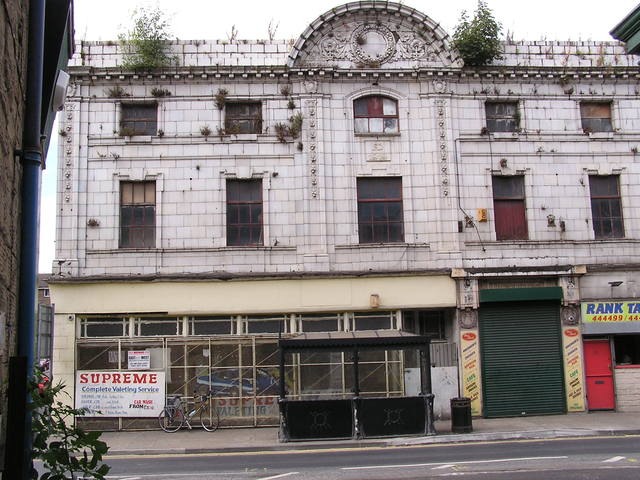 Located in Batley, Yorkshire. The Regent Picture House was opened on 17th October 1920 with “The Rajah’s Amulet”. Originally there were 960 seats, and the screen was made of plaster attached to the rear wall, surrounded by swags of velvet. Alterations were made in 1925 and a 22 feet wide proscenium was installed. The cinema was totally redecorated in a ‘Japanese’ style, and it re-opened in April 1925 with “A Heart of the Hills”. It was equipped with a Western Electric(WE) sound system in July 1930. Seating was now listed as 780.

A false proscenium in front of the old one was installed in 1954 when the cinema was equipped with CinemaScope. The Regent Picture House was closed on 7th February 1963. It re-opened the following day as a bingo club, which operated until June 1978.

It re-opened as the Regencey Cinema on 20th September 1980, with a seating capacity for 400, but this was short lived and it closed in January 1981. Leased out to a new operator (who spent a good sum of money refurbishing the cinema), it re-opened on 10th March 1983 with “The Empire Strikes Back”, but this venture failed and the Regent Picture House was finally closed on 14th April 1983.

The building was converted into part retail use, and in recent years has operated as the Spot Snooker Club.