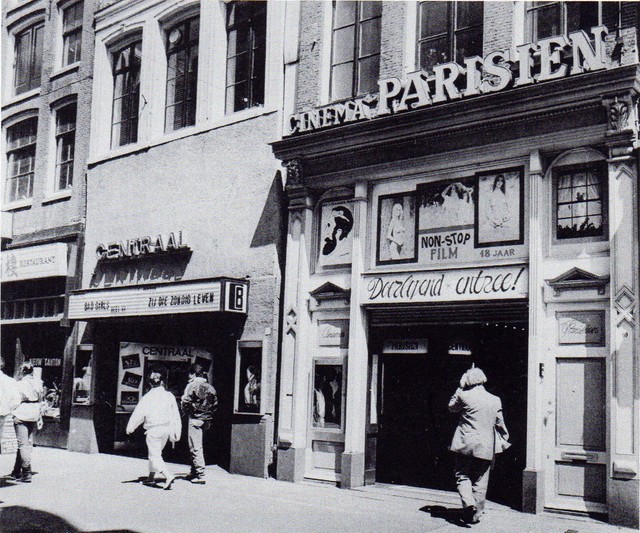 An early cinema in the city centre which opened on the 26th March, 1910 according to the Cinema Context website. It was located adjacent to the Centraal Bioscoop which was opened in November 1912. In 1924 the Cinema Parisien was redecorated in an Art Deco style, under the guidance of Dutch film pioneer Jean Desmet.

Before demolition of the Cinema Parisien, the Art Deco style interior of the cinema was carefully removed and was installed in one of the screens at the Nederlands Film Museum in the Vondelpark. When that closed in 2012, the decorative interior was removed and it was installed in Screen 7 of the Filmhallen multiplex which opened in September 2014. Photograph of the Cinema Parisien taken in March 1981 in its last decade of operation.