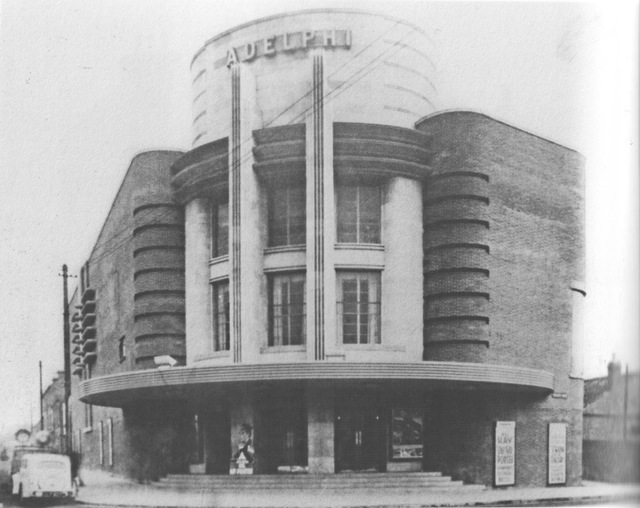 Located in the Bulwell district to the north of Nottingham. The Adelphi Cinema was built for the Levin’s Cinema Circuit, and opened on 10th February 1937 with Grace Moore & Cary Grant in “For You Alone”. Designed in an Art Deco style by Nottingham based architect Reginald W.G. Cooper, it had seating provided for 932 in the stalls and 400 in the circle. There were decorative grilles on each side of the 28 feet wide proscenium. It was equipped with a British Thomson-Houston(BTH) sound system.

In the late-1940’s it was part of the S. Graham Circuit. Equipped with CinemaScope in the mid-1950’s, by 1961, it was operating as a part time cinema/bingo operation. The Adelphi Cinema was closed as a cinema on 10th December 1963 with Howard Keel in “Day of the Triffids”. It was converted into a bingo club, which operated until 1996. It lay empty and unused until it was demolished around 2001.